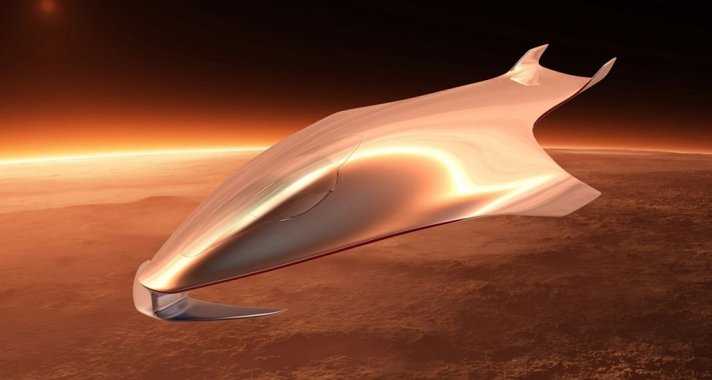 Most of us have wasted plenty of hours searching super cars while there is something more important.

Most of us have wasted plenty of hours searching super cars while there is something more important. Ferrari's design chief Flavio Manzoni has done something that literally nobody was expecting: he's designed his very own 'UFO'.
Sharing his designs with FormTrends, Ferrari's design director explained that while for many of us the idea of a Ferrari spacecraft might seem odd, for him it's a personal passion. It was beginning with a small sketching, soon turned into a proper out-of-hours design project. Manzoni transformed this into a 3D CAD model with an eye-catching chrome-style he finished it according to Ferrari's graphic,(designer Billy Galliano). The spacecraft blends design elements from "2001: A Space Odyssey" with Ferrari's own F1 cars, creating this purely aerodynamic form.
Though this type of exercise is just a dream, it remains beautiful: sleek and thin, soft and aggressive. Yes, it lacks wheels and other aspects that make up a traditional supercar worthy of the iconic nameplate, but the design still manages to reference characteristic design elements of Ferrari – notably the hybrid powered LaFerrari, but also the iconic creations of the past, such as the Paolo Martin-designed Pininfarina Modulo of 1970. A number of movies, books and comics also served as inspiration for Manzoni’s creation. Having been fascinated by Area 51 and the Bermuda Triangle from an early age, Manzoni would often read Alex Raymond’s Flash Gordon series, complete with its vectors and future cities. It was one of his favorites.