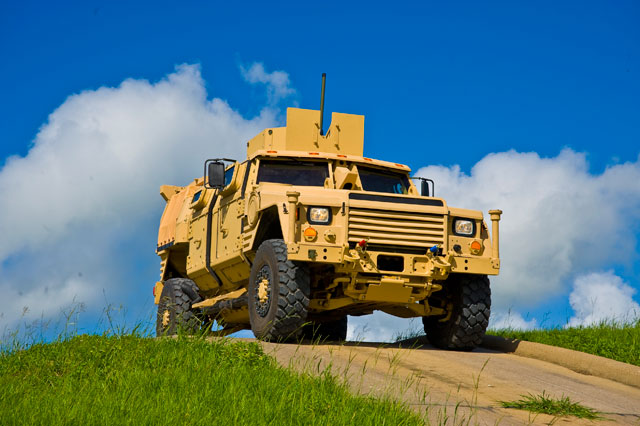 First there was the Jeep, then the Humvee. Now the U.S. military has a new all-purpose vehicle thatâ€™s become another emblem of American fighting power: the JLTV.

First there was the Jeep, then came the Humvee. Now the U.S. military has a new all-purpose vehicle that’s destined to become another emblem of American fighting power: the JLTV. The Joint Light Tactical Vehicle signals a technological leap forward that the military hopes will protect troops for decades to come.

The Army on August 25 announced a $6.75 billion contract for the Wisconsin-based manufacturer Oshkosh, which has a long track record of building military trucks and armored vehicles. In total, the Army plans to buy nearly 50,000 of the vehicles before 2040, while the Marine Corps wants 5,500. The total value of the contract over that time is estimated at $30 billion, with Oshkosh beginning to deliver vehicles 10 months from now.