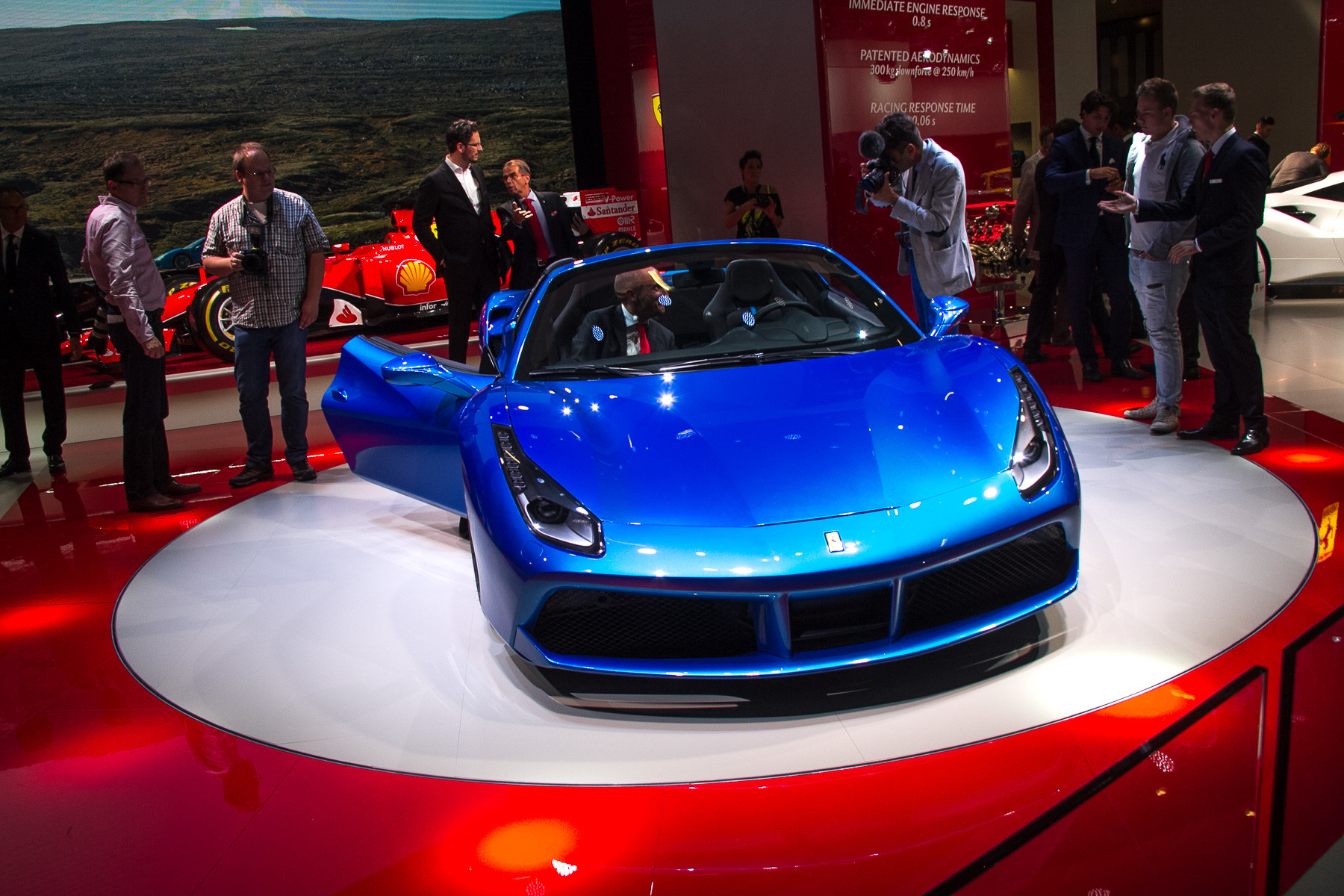 One thing is clear - one of the fastest cars on the planet will be afforded only to the very rich people.

Yes, of course, we have already admired the Ferrari 488 GTB coupe at the Geneva Motor Show in March and we knew that the Italians bring their cars to Frankfurt. But a new Ferrari always is waiting with bated breath - at the stand of the company from Maranello is still overcrowded. Like the coupe 488 GTB, the spider is an evolution of the model 458 Italia - upgraded bodywork rigidity torsion increased by 23%, and thanks to an optimized aluminum monocoque new 488 Spider is 10 kg lighter than its predecessor, although 50 kg heavier than the 488 GTB (1525 kg) of folded roof and additional amplifiers. The hard top retracts into the cover over the engine compartment for 14 seconds. And in the engine compartment (it is, of course, behind the seats) - V8 volume of 3.9 liters with two turbines. Features make the hair to move: 670 hp, 760 Nm of torque, 3 seconds from zero to hundreds of 8.7 seconds to 200 km/h. The maximum speed exceeds 325 km / h. Transmission - seven-step robot with two clutches. In addition to the roof and superstructure, technically spider repeats coupe 488 GTB - it is composited of carbon-ceramic brake discs, electronically regulated dampers magneto-rheological liquid and advanced system SSC2, combining algorithms "traction control" stabilizing system and limited slip differential - its second generation of more accurate and intelligent, which, combined with upgraded chassis allows the "488 th" shoot from the corners with 12% faster than the Ferrari 458 Spider. Ferrari has not yet announced when the 488 Spider will be available and how much it will cost. One thing is clear - one of the fastest cars on the planet will be afforded only to the very rich people.